After 30 years, this change will come in the lives of these people, after two days, luck will shine due to Saturn transit. 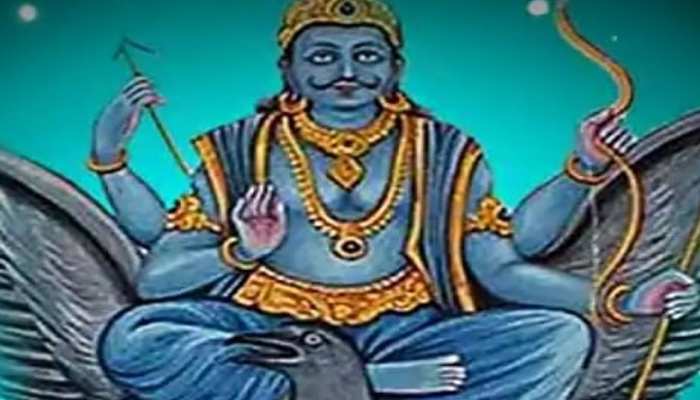 Saturn Transit 2022: According to astrology, whenever a planet changes the zodiac, its effect is clearly visible on the life of the person. These effects can be good or bad.

Shani Rashi Parivartan Effect: According to astrology, whenever a planet changes the zodiac, its effect is clearly visible on the life of the person. These effects can be good or bad. This month almost all the planets have changed their zodiac and on this 29th of April, the god of justice Shani Dev is also going to change his zodiac. Please tell that Shani Dev is going to enter Aquarius. Aquarius is considered to be the sign of Shani Dev.

According to Vedic astrology, Saturn moves very slowly. And it takes 30 months for them to transit from one zodiac to another. In that sense, Saturn is going to transit in its own sign Aquarius after 30 years. Shani Dev has got the post of Judge. Shani Dev keeps an account of the good and bad deeds of a person and gives the result to the person accordingly. The effect of Saturn’s transit is visible on almost all zodiac signs. Let us know for which zodiac signs this transit of Saturn is going to be beneficial.

The fate of these zodiacs will change due to Saturn transit

Aries: Good days are going to start for the people of Aries from April 29. Shani Dev is going to transit in the 11th part of Aries. It is considered a place of profit and income. Therefore, during this time you can benefit in business. Can finalize a big deal. Saturn is considered to be the lord of the tenth house, so there is a possibility of getting good progress in career at this time. New job offer may come. Also, one can travel. Money will be received during this time. If you want to invest then time is favorable. One can get rid of old diseases.

Taurus – According to astrology, the planet Saturn will transit in the tenth place of this zodiac. It is considered to be the place of work and job. Therefore, there can be profit in business during this period. You can get good growth in career. If you are thinking of starting a new business, then this time is favorable.

You will get respect and respect as soon as Saturn transits. You can get the support of seniors. This zodiac is ruled by Venus. Due to the feeling of friendship between the planet Saturn and Venus, this time will prove to be auspicious for the people of this zodiac. Whatever work you start in this time, you will get success in that work.

Sagittarius: Saturn’s zodiac change is going to be very auspicious for the people of this zodiac as well. As soon as Saturn transits, the people of this zodiac will get freedom from Sade Sati. Also, new opportunities for advancement will be available. Saturn is going to transit in the third house of this zodiac. Therefore, there is a possibility of increase in strength during this period. You will get respect in the workplace. One can get freedom from old diseases during Saturn transit. If you do any work related to the planet Saturn, then you can get success. Stuck work will be completed. Also, siblings will get each other’s support.