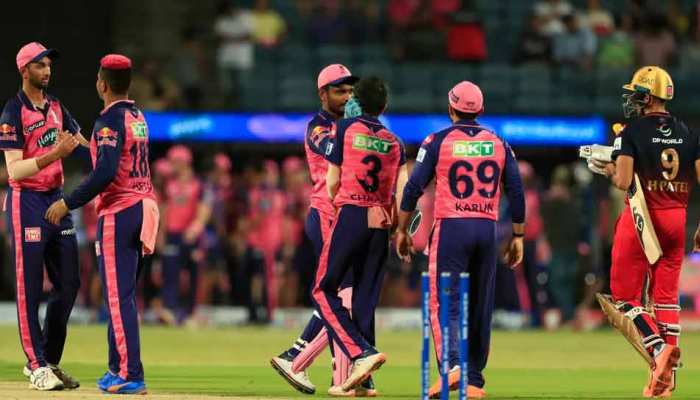 Riyan Parag: Riyan Parag, a 20-year-old young player, was the hero of Rajasthan’s victory against Bangalore (RCB). He batted brilliantly in this match. Fans are praising him fiercely on social media.

Riyan Parag Batting Against Royal Challengers Bangalore: The winning streak of Rajasthan Royals (RR) in IPL 2022 continues. In the 39th match of the season, Rajasthan registered their sixth win by defeating Royal Challengers Bangalore (RCB) by 29 runs. Batting first, Rajasthan Royals (RR) scored 144 for 8 wickets. The hero of the team’s batting was 20-year-old young player Riyan Parag. He played an explosive innings in this match and got rid of many sixes of Bangalore bowlers.

In the match played at Royal Challengers Bangalore (RCB), all the batsmen of Rajasthan were flop except Riyan Parag. He scored 56 not out in 31 balls with the help of 3 fours and 4 sixes. When Ryan came to bat, Rajasthan team was struggling after losing four wickets for 68 runs. Riyan Parag got the Rajasthan team out of the difficult situation and scored a brilliant half-century. This was the first half-century of Riyan Parag in this season. After this innings of Ryan, fans on social media are also praising him a lot.

After this explosive innings of Riyan Parag, the captain of the team Sanju Samson praised him fiercely. Sanju Samson said, ‘It is really a great win considering we started like us. After the first 15 overs, we had faith in Riyan Para. We have been supporting Parag for the last three-four years and he has shown the world how explosive he can be. It was expected that he would play a good innings. I thought we were 10-15 runs short in the second innings with no dew. However, the pitch was turning, so a score of 150-160 was a good score on this pitch.

This is how the whole match was

In this match, Royal Challengers Bangalore (RCB) captain Faf du Plessis won the toss and decided to bowl first. Batting first, Rajasthan scored 144 runs for the loss of eight wickets in 20 overs on the basis of the brilliant innings of Riyan Parag. In reply, Bangalore’s team was all out after scoring 115 runs in 19.3 overs. In this match, the bowlers of Rajasthan showed a wonderful game. For Rajasthan, Kuldeep Sen took 4 wickets for 20 runs in the quota of 3.3 overs.