The passenger sitting in the train asked for tea to open the fast, then the pantry man did so 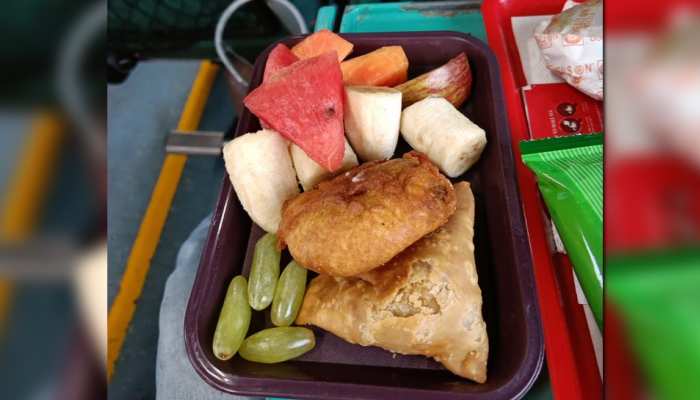 Heart Touching Story: A Twitter post is going viral on social media, in which a person told that when he asked for tea to break the fast in the train, he got it done in a good way.

Iftar in Shatabdi Express: Shahnawaz Akhtar, a passenger on the Howrah-Ranchi Shatabdi Express, was on Tuesday pleasantly surprised when he was offered iftar on the train as he was about to break his fast. An official said that IRCTC serves fasting food during Navratri for Hindu travelers, but no such service is available during Ramzan.

Shahnawaz Akhtar wrote on Twitter, ‘Thank you #IndianRailways for the iftar. As soon as I boarded the Howrah Shatabdi in Dhanbad, I got my Iftar. I requested the pantry man to bring tea as I have fasted. He confirmed it by asking, “Are you Rosa?” I nodded my head yes. After this someone else served a packet for Iftar. He also posted a picture of the food being served to him on the train.

Thank you #IndianRailways for the #iftar
As soon as I boarded Howrah #Shatabdi at Dhanbad,I got my snacks.I requested the pantry man to bring tea a little late as I am fasting.He confirmed by asking, aap roza hai? I nodded in yes. Later someone else came with iftar @RailMinIndia pic.twitter.com/yvtbQo57Yb

IRCTC officials said that the food for Shahnawaz Akhtar was personally arranged by the on-board catering manager. IRCTC on-board catering supervisor Prakash Kumar Behera said, “The employee was about to break his fast and the fasting passenger also boarded the same coach. He told that he too has fasted, so the employees shared the iftar with him. This is basic humanity. The staff received praise from the netizens. People also praised him, who told that Akhtar should thank the staff of the board and not the railways.

IRCTC, the ticket, catering and tourism branch of the railways, has introduced a special menu for the passengers during Navratri. Onion-garlic meals are cooked in the special menu. The mines are prepared with rock salt, which is considered a must for people observing the Navratri fast.