If you want free ration for the next 5 months, then do this work quickly, otherwise there will be a problem 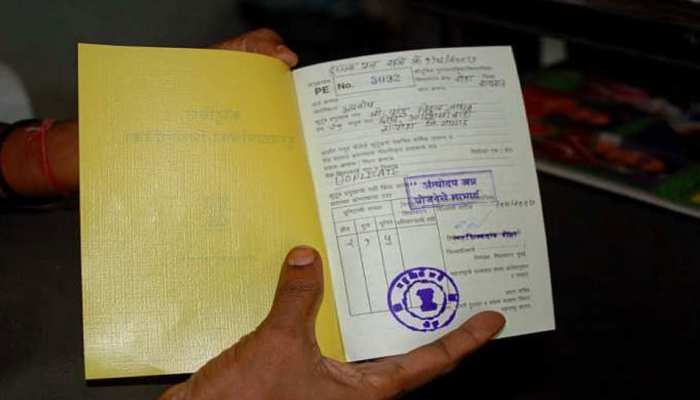 Ration Card Latest News: The ‘One Card, One Nation’ scheme is being implemented by the government. Under this, you can take ration in any district of any state across the country from the ration card.

Ration Card Latest News: During the Corona epidemic, it was announced by the central government to give free ration to poor families. Actually, during the Corona epidemic, millions of people lost their jobs. In such a situation, the government had taken this decision to help the unemployed people. According to the announcement of the government, this scheme will continue till September 2022.

Hope for transparency in the system

Actually, the ‘One Card, One Nation’ scheme is being implemented by the government. Under this, you can take ration from your ration card in any district of any state across the country. This is expected to bring more transparency in the entire system in the coming times. If you do not link your ration card with Aadhaar, then there may be problems in the coming time. Let us know the process of linking Aadhar and Ration Card.

How to link ration card with aadhaar

1. First of all go to the Aadhar website uidai.gov.in.
2. Click on ‘Start Now’ here.
3. Here, fill in the details of your address and district etc.
4. After this click on ‘Ration Card Benefit’ option.
5. Here enter your Aadhar Card Number, Ration Card Number, E-mail Address and Mobile Number etc.
6. After filling it, OTP will come on the registered mobile number.
7. As soon as you fill the OTP, you will get the message of process completion on your screen.
8. On completion of this process, your Aadhaar will be verified. Also Aadhar and Ration Card will be linked.

how to link aadhar offline