Fact Check: The bride and groom slap each other, but the truth is shocking 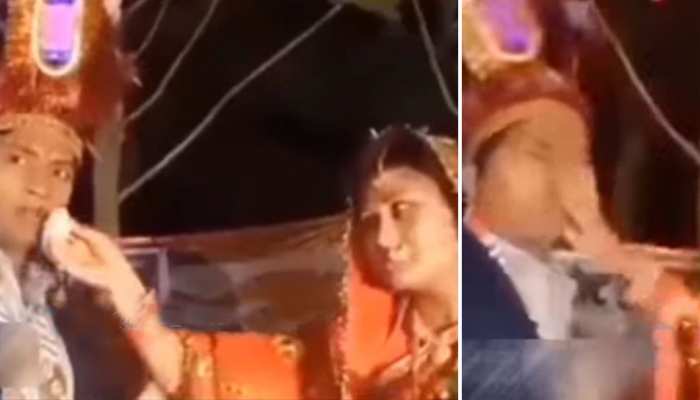 Fact Check of Viral Video: These days a video has surfaced on social media in which the bride and groom are seen slapping each other. But the reality of this video is different.

Fact check of Viral Video: A video is going viral on social media in which the bride and groom are seen slapping each other on stage during their wedding rituals. People are seen enjoying this strange moment. In a video shared on Facebook by a user named Raghav Trivedi, the bride is seen feeding sweets to the groom, but she suddenly smears sweets all over his face.

People made such comments

People are commenting funny watching this video. The Facebook user, who shared the video from his page, wrote the caption in Hindi, ‘These are the reasons to be afraid of marriage and procession. Well, those who are married know better. Many such punches are also seen in the comments of this funny post.

When we tried to fact check the video, we found that this video is of Maithili comedy film, whose link we are sharing here for you. Well, our fact check has confirmed that the viral video is not from someone’s real life but a part of a comedy scene. So, check it out and enjoy.