Why did the education minister tell the professors Hanuman? Big talk on Chalisa controversy 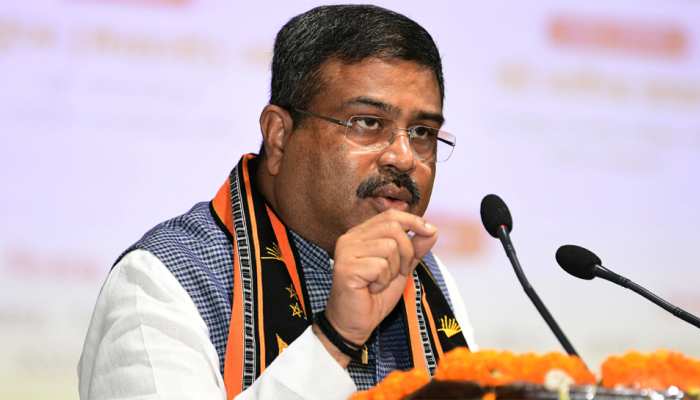 Hanuman Chalisa row: Union Education Minister Dharmendra Pradhan said that all the professors of IGNOU and the teachers associated with its regional centers across the country have the qualities of Hanuman ji. Pradhan said that Hanuman ji should serve the society.

qualities of hanuman in teachers

On the recent controversies regarding Hanuman Chalisa, the Union Minister said, ‘Tolerance is spoken and written in our country. Many times we also get advice from abroad regarding this. But I think it is embedded in our democracy.

#WATCH , “Professors of the IGNOU are like Lord Hanuman, who was unaware of the powers he possessed. Hanuman is known to have saved the society and being the voice of the Adivasis,” Union Education Minister Dharmendra Pradhan on Tuesday said at 35th convocation of IGNOU pic.twitter.com/uTqbQFRSrP

He said that all the professors of IGNOU and the teachers associated with its regional centers across the country have the qualities of Hanuman ji. Pradhan said, ‘Hanuman ji is known for serving the society and for being the voice of the tribals. He had no idea what kind of powers he had and at times, he was told about his immense powers, you are Hanuman. You don’t know what you did.

Pradhan said this while addressing the 35th convocation of Indira Gandhi National Open University (IGNOU). A total of 2,91,588 students obtained degrees and diplomas across the country in the convocation which is the highest ever.

He said in his address, ‘I have come here as a student, a student is a mental state, it is a thought, wherever you are, whoever you are, if you want to learn, you are a student.’ Pradhan said that he had been a student leader and has now become the education minister.