Delhi HC gave advice to Umar Khalid on Lakshman Rekha, asked – to whom did the camel speak? 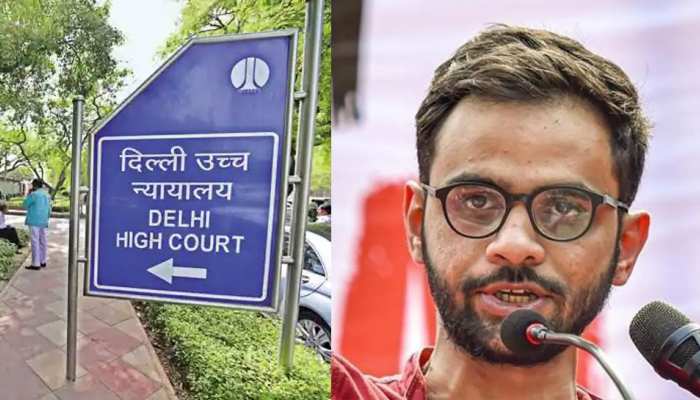 Delhi High Court Hearing related to Umar Khalid Case: Delhi High Court raised many questions on the speech of Umar Khalid, accused of Delhi riots. The court has asked Omar’s lawyer whether it is appropriate for the Prime Minister of the country to use the word ‘jumla’. The court said that when it comes to criticizing the government, there should be a Lakshman Rekha for that too. The High Court made this remark while listening to the speech given by Umar Khalid in Amravati in February 2020.

Umar Khalid has challenged the order of the lower court rejecting the bail application in the Delhi High Court. During the hearing, when Umar Khalid’s speech was played, Justice Rajnish Bhatnagar questioned Omar’s lawyer Tridip Payas about the use of the word ‘jumla’. The court asked whether it was appropriate for the Prime Minister to use such a word. To this Umar Kar’s lawyer replied that criticizing the government cannot be a crime.

After this, the court questioned the use of the word healed in the speech. Justice Bhatnagar asked what was said about the PM in the speech. No healed word was used. what is that? To this Umar’s lawyer Tridip Payas replied that it was a satire. Perhaps the Prime Minister used the word ‘Sab Changa Si’ in his speech.

‘Criticism of government is not a crime’

To this, Omar’s lawyer replied that criticizing the government cannot be a crime. No one can be kept in jail for 583 days because of criticism of the government. We cannot be so intolerant. If this is the case then no one will be able to say anything. On this, Justice Bhatnagar said that there should also be a Lakshman Rekha of criticism.

The court asked – who is the camel?

During the speech of Umar Khalid itself, the court asked that Umar has said in the speech – the camel has come under a mountain. What do you mean by camel here? Who is the camel? On this, Omar’s lawyer Trideep Payas told that his reference to the camel was actually towards the government, which does not even want to talk to the people opposing the CAA. The phrase was used in that context.

Omar’s lawyer insisted that his speech was definitely against the Citizenship Amendment Act, the government and its policies. But there is no such thing as an incitement to violence. The bench said that they have no problem with the argument of freedom of expression but the question is whether the speech instigated the people to riot?
Justice Siddharth Madul told Omar’s lawyer that as Umar Khalid himself said, he was invited to deliver a revolutionary and revolutionary speech.

Did this cause riots?

The bench said that we have no objection to your argument that you have the right to freedom of expression. But the question is, did this speech, the subsequent developments become the reason for the riots in Delhi? Has it not encouraged people to come on the streets of Delhi? On this, Umar Khalid’s lawyer Tridip Payas said that there is no such thing as inciting violence through speech. No witness has said this. The hearing will continue tomorrow as well.