It is difficult for people to live due to fire in the dumping yard, smoke spread everywhere 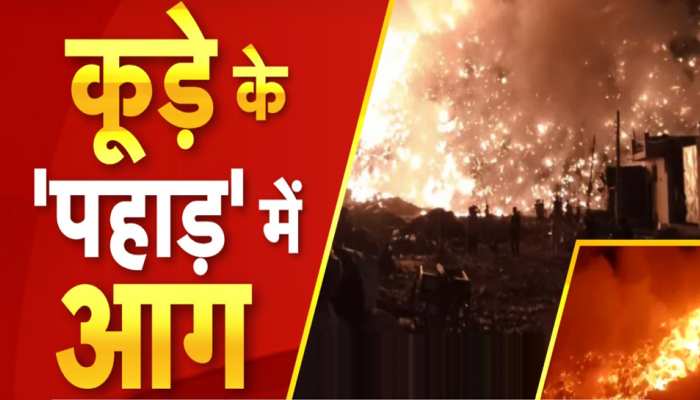 Bhalaswa dump yard fire: The incident of fire at Bhalaswa landfill site comes to the fore every year during summer. Due to the formation of methane gas in the garbage heap, the fire starts to flare up.

Bhalaswa Dump yard where a fire in Delhi: A massive fire broke out at Delhi’s Bhalswa landfill site last night. Fire tenders were deployed at many places so that the fire did not reach the surrounding residential areas. At present there is no news of any major damage.

The fire that broke out at the landfill site last night created panic in the entire area. Due to the fire, smoke has spread throughout the area and local residents are finding it difficult to breathe. The flames were so dangerous that they were visible even from several kilometers away.

On the spot, 12 fire tenders were engaged in extinguishing the fire. Actually there was smoke in only one place in the beginning, but later the fire spread due to wind.

trouble for the local people

The incident of fire at Bhalswa landfill site comes to the fore every year during summers. Due to the formation of methane gas in the garbage heap, the fire starts to flare up. Due to the presence of polythene and garbage at the site, the fire took a formidable form in no time. Fire tender vehicles were deployed at different places so that the fire does not spread to the residential areas.

Local residents are upset due to the continuous incidents of fire. They say that due to the smoke and fire, it has become difficult for the people living here to breathe. There is a demand of the people that the government should take some steps in this direction so that such situations do not happen again and again.