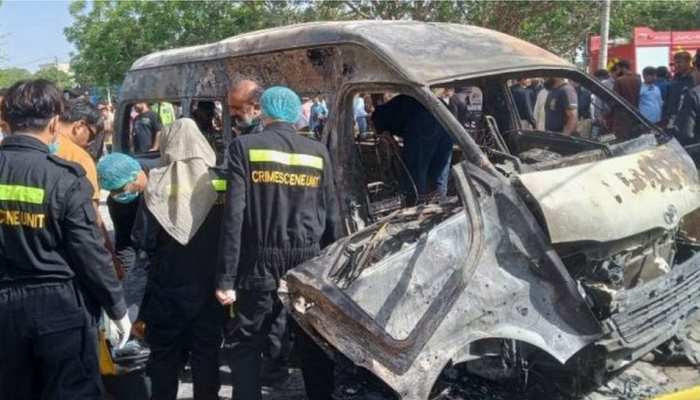 Pakistan Bomb Blast China Connection: Ever since the Balochistan Liberation Army has taken the responsibility of carrying out the tremendous bomb blast in Pakistan. Since then, the discussion has gained momentum about what is the biggest reason behind the conspiracy to carry out such an ambush inside Pakistan. The targets of this attack were Chinese citizens. The second big discussion is about what is the reason behind targeting the Chinese in this attack. Is this attack on the people of China part of a well-planned conspiracy? Such a well-planned conspiracy, the reason behind which is a big revenge. Which has been taken from China by the Balochistan Liberation Army.

Talk of BLA happening all over the world

After this attack, overnight the Balochistan Liberation Army (BLA) is being talked about not only in Pakistan but all over the world. What is BLA? Why is he doing such attacks? Why are Chinese citizens targeted in his attack? What are the demands of BLA? Let us try to find answers to these questions one by one…

What is Balochistan Liberation Army?

Baloch residents are angry with Pakistan

In recent years, the BLA has carried out attacks in many different places of Pakistan, behind which they count many big reasons. The BLA has always believed that the Pakistani army treats the local people in Balochistan inhumanely, misbehaves. The residents of Baloch believe that Pakistan has never taken steps for the betterment of Balochistan and only used its resources for its own benefit.

The BLA also specializes in guerrilla attacks, the suicide attack on Tuesday in Pakistan has been carried out by the female fidayeen attacker Shari Baloch alias Bramsh of BLA’s Majeed Brigade. Due to this, in the year 2021, BLA carried out 12 attacks in different areas of Pakistan. In an attack of the year 2020, BLA killed 16 soldiers of Pakistan. Although BLA is more active in the region of Balochistan, but its activities in other regions of Pakistan are also increasing continuously for the last few years. Pakistan has been accusing India and Afghanistan of supporting the BLA, which both countries have been opposing.

When the Balochistan Liberation Army took down the flag of Pakistan and waved its flag:

There is a historical place in Pakistan, Quaid-e-Azam-Residency. This is the place where Muhammad Ali Jinnah spent the last days of his life. On June 15, 2013, this building was attacked by rockets, after which the building collapsed. The BLA also took the responsibility of this attack. The BLA militants removed the flag of Pakistan from this memorial site and put the flag of BLA. Later this building was rebuilt and the residency was opened for the then PM of Pakistan Nawaz Sharif on 14 August 2014.

In order to take revenge on China, BLA did this suicide attack on its citizens:

This ambush on Chinese citizens in Pakistan is the result of a well thought out planning of the BLA. Four people, including Chinese civilians, were killed in this suicide bomb attack near the Confucius Institute in Karachi University of Sindh province of Pakistan. In fact, in the last few years, China’s influence, pressure and influence in both internal and external issues and decisions of Pakistan has increased significantly. Even now the situation is such that if Pakistan takes any decision regarding the internal affairs of its country, then it does not take it without China’s consent and asking it. China started taking advantage of the increasing tension between India and Pakistan from Pakistan. On this pretext, China went on increasing its interference in the internal affairs of Pakistan. Today, if Pakistan is included in the list of the most unstable countries of the world, then one of the biggest reasons for this is the interference of China. The BLA believes that this arbitrariness and interference of China is having an impact on Balochistan either directly or indirectly. This is the reason why Balochistan Liberation Army does not want to leave any chance to take revenge on China.