It was a matter of old days! Only so many teeth growing in youth, study revealed

‘Battisi of teeth’ is over now: Research is claiming that now people’s teeth are not coming out. Research says that a large number of people born in the 21st century are those who are only getting 28 teeth.

‘Battisi of teeth’ is over now: Sometimes someone laughs openly, then people say that look, battisi is taking out. Actually, it is called thirty-two when one’s full 32 teeth are visible. But now this thirty-two trend has become an old thing. Recent research is making such a claim that now thirty-two of the people are not coming out. Research says that a large number of people born in the 21st century are those who are only getting 28 teeth.

This research has been done by Professor TP Chaturvedi, Senior Dental Expert in the Faculty of Dental Science, Banaras Hindu University (BHU). According to Professor Chaturvedi, for the last 20 years, only 28 teeth of 25% of the youth coming to his OPD are coming out. 35% of the youth are unable to get full 32 teeth with great difficulty. These teeth also come out crooked, which have to be corrected by treatment.

Wisdom Teeth emerges by the age of 25 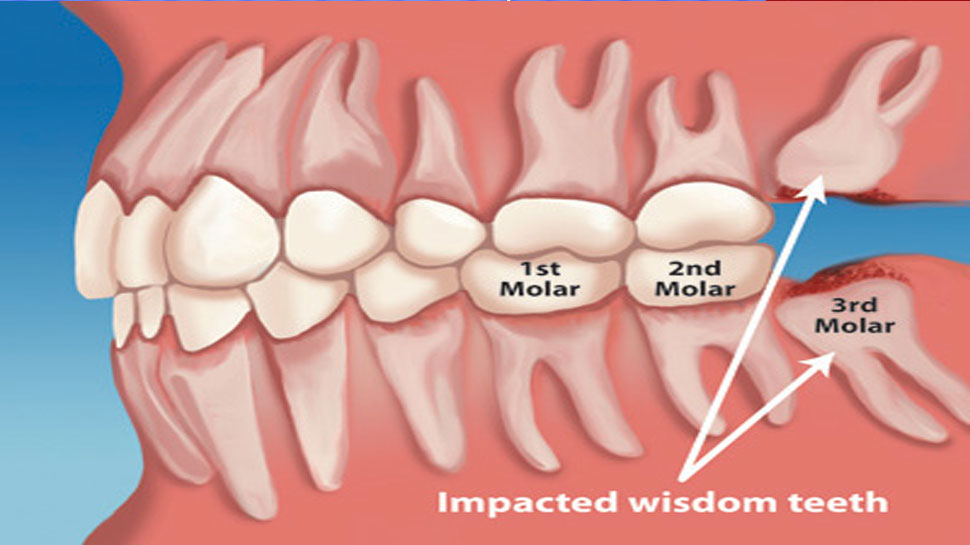 Pro. TP Chaturvedi said that usually between 18-25 years, people’s 29th to 32nd tooth comes out. This is called third molar teeth. In common parlance, it is also called wisdom teeth or wisdom teeth. They are located at the back of the jaw.

Even the teeth that chewed food remained only 8.

According to research, for the last 20 years, 25% of the patients’ wisdom teeth are not coming out. At the same time, another shocking thing has also come to the fore. There are 12 teeth inside our mouth to chew food, whose number has also reduced to 8. That is, now people are also having problem in chewing food. By the way, there are 20 teeth to cut the front side, there is no change in them.

The size of the jaws has started getting smaller.

Professor TP Chaturvedi says that this problem of less teeth is being seen more in urban youth. The reason behind this is that the children of the new age have reduced or stopped eating hard things from the teeth.

Earlier people used to eat roasted gram, corn and all other things after chewing. People are still doing this in the village. But in cities now all that has become a thing of the past. Pro. Chaturvedi told that due to less chewing, now the size of our jaws has started getting smaller. There is no place left for the wisdom teeth to grow.

Molar teeth are now getting involved in the residual organ

The molar teeth are slowly now on the verge of being included in the vestibular organs (the organs that are in the body but have no function). Its deficiency is being seen in people very fast. At the same time, now in this era the need of molar teeth is not even understood. He said that it will gradually disappear and in the coming 5000 years it will become a residual part of human beings.