Jagadguru Paramhans did not get entry in Taj Mahal, said – stopped because of saffron clothes 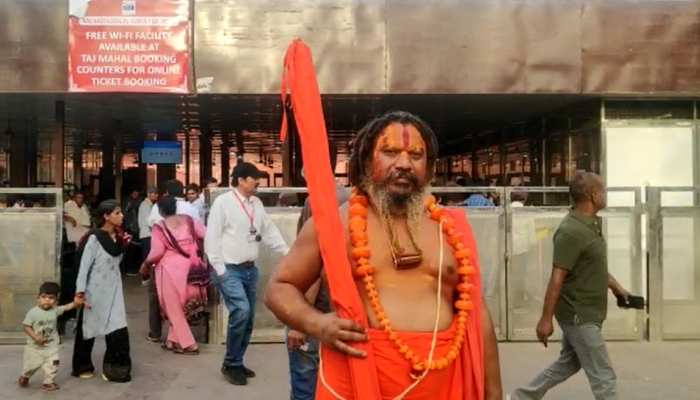 Taj mahal controversy: Jagadguru Paramhans Acharya alleges that he was stopped by security personnel from entering the Taj Mahal complex because of saffron clothes. However, in this case, the ASI has also given its explanation and has denied the allegations.

Jagadguru alleges that the security personnel stopped him from entering the Taj Mahal complex because of his saffron clothes. However, ASI superintendent Rajkumar Patel, giving his side, said that he was not given entry because of the iron Brahma Dand present with Jagadguru.

The security personnel had appealed to Jagadguru to deposit Brahma Dand and go inside. After this, Jagadguru did it without going to the Taj Mahal without Brahma punishment.

‘Taj Mahal is actually a temple of Shiva’

Meanwhile, a video of Paramhans Acharya is going viral in which he alleged that people of a particular religion are given importance here. In this video, he said that the world was told wrong about the history of the Taj Mahal. The Taj Mahal is actually a temple of Lord Shiva, which was earlier known as Tejo Mahalaya.

There is a complete ban on any kind of religious activities in the Taj Mahal complex. On Fridays, only prayers are allowed in the mosque built inside the Taj Mahal.