Anurag Thakur retaliates on Surjewala’s tweet, reprimands the opposition on the issue of petrol 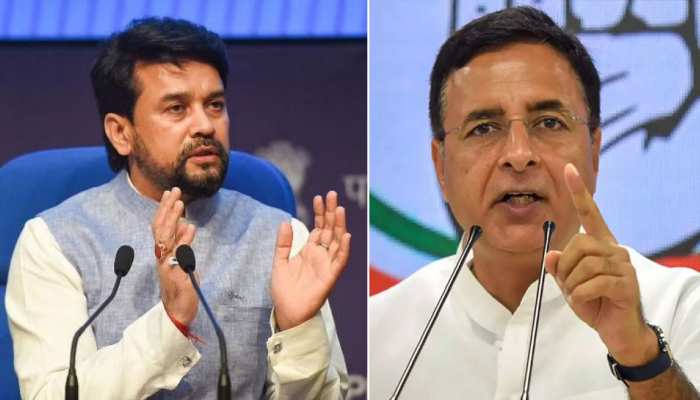 Anurag Thakur vs Randeep Surjewala: PM had said on Wednesday afternoon that the central government had reduced the tax on oil prices, then after that all the states lost their thousands of crores and cut tax to give benefit to the public.

Anurag Thakur target Randeep Surjewala on Fuel Prices: After that statement of Prime Minister Modi, the work of blaming oil prices has intensified again. The PM had said on Wednesday afternoon that the central government had reduced the tax from the prices of oil, then after that all the states lost their thousands of crores and cut the tax to give benefit to the public. Congress leader Randeep Surjewala criticized his statement and tried to prove the PM a liar through some figures.

Shortly after, Randeep Surjewala retaliated on the statement, Union Minister Anurag Thakur gave a statement. He said that the BJP-ruled states had cut their taxes months ago and passed on the benefits to the common citizen.

Loss of states told through statistics

While sharing some figures, the Union Minister said that 5000 crores to Karnataka, 4000 crores to Gujarat and thousands of crores to other states also due to reduction in tax collection. But in the BJP ruled states, the common citizen got its benefit. At the same time, he said that the opposition parties only look towards the center and do not cut tax. He raised the question that what is the reason that the governments of opposition parties are not doing good to the people.