Did you see a glimpse of Ranveer Singh in the song Dholida, danced a lot with Alia Bhatt!

You must be thinking that what is the work of Ranveer Singh in this song? This song was completely based on Alia and Ranveer was even in this film, otherwise what did Ranveer have to do with this song. 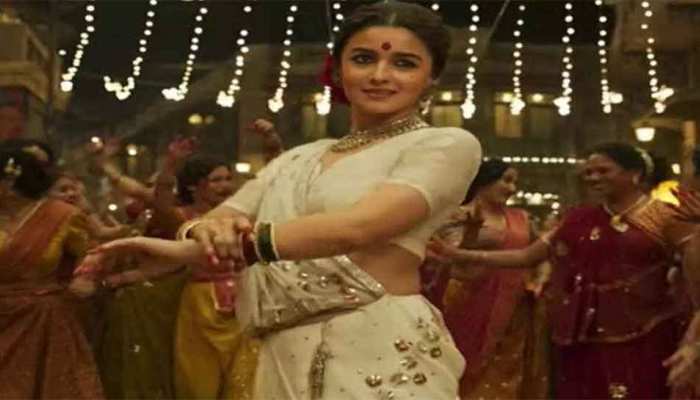 Ranveer Singh Dance with Alia Bhatt on Dholida Song: Although every song of Gangubai Kathiawadi, which was released in February, was tremendous, but the blast that Dholida did is not going to be forgotten. Seeing this song and Alia Bhatt swinging on this song was no less than a treat. You must have enjoyed Alia’s dance in this song a lot but did you catch your eye on Ranveer Singh?

Ranveer Singh seen in the song

You must be thinking that what is the work of Ranveer Singh in this song? This song was completely based on Alia and Ranveer was even in this film, otherwise what did Ranveer have to do with this song. Actually, we are not talking about this song but we are talking about the shooting of this song. When this song was shot, Ranveer Singh was present on the set at that time and his glimpse is clearly visible in the BTS video of the song. Not only this, Ranveer is also seen dancing fiercely on the song Dholida with Alia. If you do not believe then just watch this video.

Alia’s feet were peeled during the song

In this video, Alia is also seen telling about the challenges faced during the shooting of the song. Actually, in this song, Alia had to do Garba, which may be easy to look at but in reality it is very difficult. During which Alia’s feet were peeled during the practice, due to its shooting in the cold during the night, Alia’s waist was stiff but despite this, Alia surprised everyone by dancing brilliantly in this song. Fans were also stunned to see Alia’s style in the song Dholida. At the same time, after marriage, Alia is busy shooting Rocky and Rani’s love story, in which she is going to be seen once again with Ranveer Singh.