Ricky Sandhu, founder and executive chairman of Urban-Air Port, said the opening of Air-One in Coventry, central England, is important for electric vertical take-off and landing (eVTOL) vehicles such as air taxis and autonomous cargo drones. Air-One is expected to provide a blueprint for the more than 200 Vertiports planned by Urban-Air Ports around the world over the next five years.

“The opening of Air-One is a pivotal moment” is the starting gun for a new era of transportation, an era of zero-emissions, crowd-free travel between and within cities that will make people healthier, happier and more connected than ever before. sometime,” Sandhu said.

“Cars have roads. Trains have rails. Planes have airports. Now, EVTOL has an urban-air port. From design to construction and now in operation, Urban-Air Port has delivered the Air-One in just 15 months. Opening up a world of possibilities for standard and rapid response air mobility for deployment on a global scale,” he said. 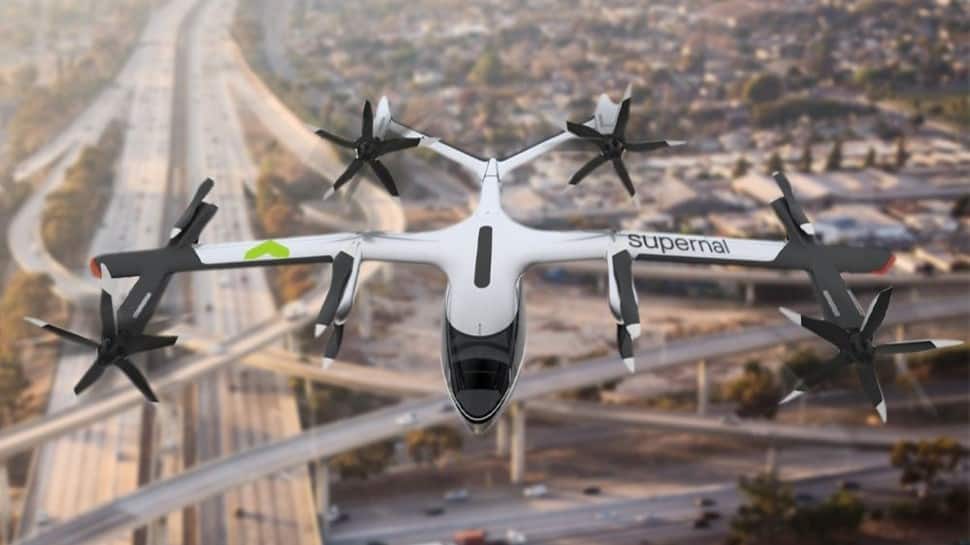 He said, “The Air-One is just the first model in our infrastructure fleet, and our order book is not only open but is already growing. Interest is turning to recognition of the need for our technology and demand.”

The urban-air port is backed by the UK government and supported by Hyundai’s Supernal, a US-based smart vehicle service provider.

Air-One is designed to demonstrate how purpose-built ground infrastructure can harness the potential of Advanced Air Mobility (AAM) to decarbonize transportation and cut air pollution and congestion while providing seamless passenger travel and delivery. Is.

“The opening of Air-One, backed by government funding, will revolutionize the way people and goods travel across the country. The move puts the UK on the front lines of clean transport, bringing investment and high-skilled, green jobs to the country. leveling opportunities in the Midlands,” said UK Aviation Minister Robert Courts.

Despite a rapidly growing market and a strong pipeline of EVTOL in commercial operations this decade, a lack of on-the-ground infrastructure remains one of the biggest barriers to growth, according to a NASA analysis.

Urban-Air Port said it is accelerating its plans to develop 200 similar ‘Vertiports’ around the world, and is growing the company’s order book for additional sites, as well as more in the West Midlands and London in the UK. Vertiports is planned internationally in the United States. (Los Angeles), Australia, South Korea, France, Germany, Scandinavia and Southeast Asia.

“The Coventry exhibit is an important first step towards re-imagining how people around the world will move, connect and live. Developing a scalable system to support advanced air mobility operations requires collaboration from all industries and corners of the world. Supernal’s support of Urban-Air Port reinforces our belief in connecting technology and innovation to enable humanity and society to reach new levels of potential,” Whitaker said.

During the next few weeks, Air-One will demonstrate aircraft command and control, EVTOL charging, cargo loading for unmanned drones, and host demonstrator flights.

West Midlands Police and Skyfair will be among the first to operate flights from the site, showing how the urban-air port’s Vertiport could provide a drone base for ‘sky protection’ and high-value cargo delivery in the near future.

Large cargo drone flights will also be demonstrated by UK-based drone developer Malloy Aeronautics, reportedly the first time a drone of this size has taken off in such a dense and built-up urban environment.

Acting as a single solution to support zero-emissions transportation, Air-One Electric will also host charging infrastructure for other modes of transportation, including electric vehicles from some of the world’s largest and best-known automotive brands. seamlessly integrated”. low carbon transport”.

A series of public engagement programs at Air-One are envisioned as bringing future air mobility to the public and being part of Coventry’s City of Culture celebrations.

According to Urban-Air Port, Coventry was chosen for the site because of its location in the heart of the UK, within four hours of travel to most of the country, and its “historic leadership in the automobile and aerospace industries”.

Following the event in Coventry, Urban-Air Port said it would redeploy Air-One to other locations in the UK and internationally to perform a variety of different environments and settings.