DNA Analysis: What is the meaning of Karachi bomb blast? Shehbaz to Jinping lost sleep 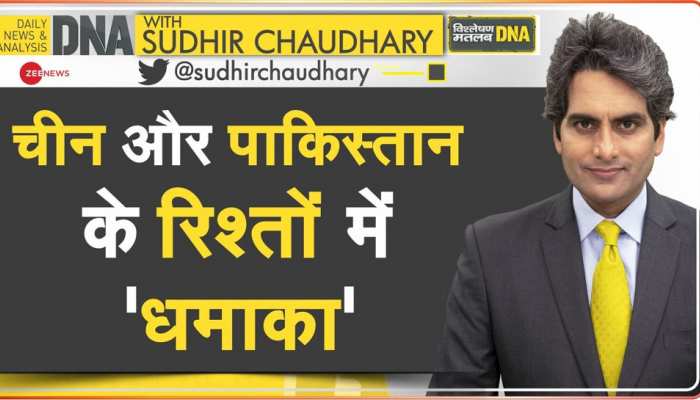 Pakistan Karachi Blast: In addition to the suicide bomber, 4 people have died in a suicide bombing in Karachi city of Pakistan. Since this attack, Chinese President Xi Jinping and Pakistan’s PM Shahbaz Sharif have come under tension.

Pakistan Karachi Blast: Apart from the suicide bomber, 4 people died in a suicide bombing in the city of Karachi in neighboring Pakistan. These include three citizens of China. The CCTV video of this suicide attack has surfaced. In this, the female Suicide Bomber can be clearly seen.

This video is from the campus of Karachi University, where this female human bomb is standing on a bend on the side of the road. It is waiting for the ambush van in which the citizens of China were coming.

Meanwhile, this woman looks at the CCTV camera. Only then the bus of the citizens of China comes near. This lady slips a little towards the bus. In his hands is a remote control. As soon as this white colored van approaches the woman…she presses the remote button and it explodes. The woman herself is killed and four other people also die along with her.

As soon as the blast took place, the van of the citizens of China caught fire. The flames could be seen from afar. Within no time the van was completely burnt. The Baloch Liberation Army (BLA) has claimed the responsibility of this attack. The name of the suicide bomber who carried out this incident is – Shari Bloch alias Brams. This woman is said to be a member of the Majeed Brigade of the Baloch Liberation Army.

#DNA ‘Blast’ in relations between China and Pakistan@aditi_tyagi

The BLA, the organization that took responsibility for the suicide attack on Chinese citizens in Karachi, was established in 2000. The purpose of BLA is to separate Balochistan from Pakistan and make it an independent country. With this agenda, he is leading a violent movement in Pakistan.

Why are Chinese citizens being targeted?

Suicide attack or violence in any form cannot be justified. But it is important to understand why Chinese citizens are being targeted in Pakistan. In fact, China is making Pakistan its economic slave in the name of financial aid.

China is making CHINA PAKSITAN ECONOMIC CORRIDOR in Pakistan. For this, China is investing 60 billion dollars in Pakistan. But under the guise of investment, China is encroaching upon all the natural resources of Pakistan.

People of Balochistan against Pakistan

Against this, there is a strong protest of China in Pakistan. Especially in Balochistan, there have been continuous demonstrations against China for the last several years. China is building a major port in Gwadar. There, thousands of people took to the streets against the Chinese occupation. The people of Gwadar alleged that China has captured all the resources there through its projects. This has put the livelihood of the local people in danger.

It is said that whoever digs a pit for others, he himself falls in it. Pakistan keeps on plotting terrorist conspiracy against India. Pakistan provides training and funds to terrorists for attacks in Kashmir, but the fire of terrorism is burning Pakistan too. Another proof of this is the terrorist attack in Karachi. But it is important to understand its Chinese connection in this blast in Karachi. There are 4 such things in this suicide attack, which prove its connection with China.

Firstly, this blast was done by targeting the vans of Chinese citizens. Secondly, 3 Chinese citizens died in this, in which two were women. Except the driver of the van driver, all the deceased were Chinese citizens. Thirdly, China has created an institute in Karachi University, which is named – Confucius Institute. Chinese language is taught here. The suicide attack took place near this institute and the director of this institute is also among those killed. And the fourth thing is that the BLA, which has taken responsibility for the suicide attack, has been continuously opposing the interference of China in Pakistan.

There have been attacks on Chinese citizens in the past too.