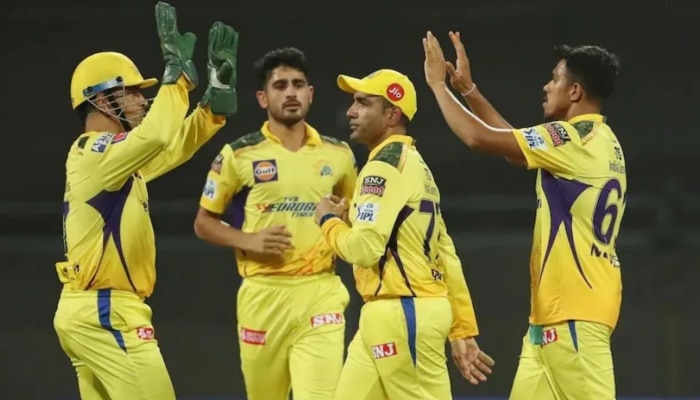 IPL 2022: Chennai Super Kings (CSK) are reeling from injury to players this season as pacer Deepak Chahar has been ruled out of the entire season due to a back injury while undergoing rehabilitation at the National Cricket Academy in Bengaluru. .

IPL 2022: The concerns of the Chennai Super Kings (CSK) team have increased after some players got injured as they head towards the end of the Indian Premier League (IPL) 2022. At the same time, Ambati Rayudu played a brilliant innings against Punjab Kings (PBKS) on Monday with an injured hand and Moeen Ali was also ruled out of the match due to his injury during a practice session.

Chennai is facing this loss

Chennai Super Kings (CSK) have been reeling from injury to players this season as pacer Deepak Chahar was ruled out of the entire season due to a back injury while undergoing rehabilitation at the National Cricket Academy in Bengaluru. Adam Milne has also been out of the league due to a problem, adding to the problems of coach Stephen Fleming.

Chennai Super Kings (CSK) have won just two matches in IPL 2022 and are ranked ninth in the 10-team tournament. This has added to the trouble of new captain Ravindra Jadeja, who has taken over from one of the all-time greats of Indian cricket, Mahendra Singh Dhoni. Stephen Fleming praised Ambati Rayudu for his knock of 78 off 39 balls as he tried to chase down Punjab’s target of 187 runs, but lost by 11 runs.

CSK troubled by the long list of injured players

Fleming said, ‘Rayudu had a hand injury, so it could have been difficult to bat here. Luckily for us all went well and he batted well and took the team closer to victory. CSK missed a few chances during the match.

many ups and downs

Fleming said, ‘Yes, he bowled very well, but the scores were very similar. We missed a few chances, which were not good for us, but we were in very good shape for most of the innings. The Punjab team did well and when you get a score like this, there are many ups and downs.

Moeen’s injury a matter of concern for CSK

Fleming hoped that Moeen Ali would recover soon and also talked about the talent of Rajvardhan Hangargekar. Moeen’s injury is a matter of concern for CSK. Though he hasn’t really impressed the team much as he too is struggling for form. In the five matches he has played in IPL 2022, Moeen has scored 87 runs at an average of 17.40 but considering his potential, he is always a valuable player for the team.