Yellow alert regarding heat in Delhi, IMD’s warning; Know the condition of other states 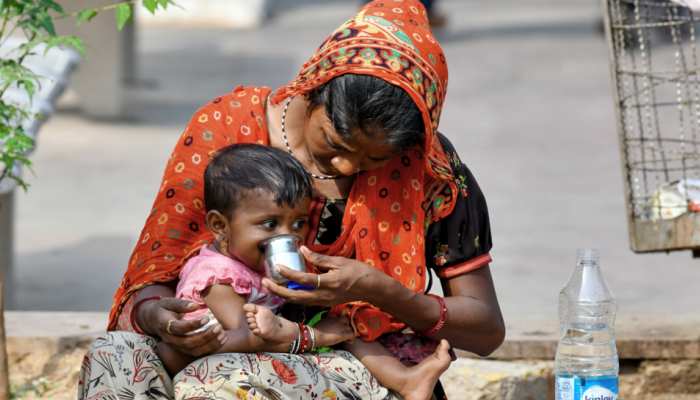 Heatwave and Weather Updates: The India Meteorological Department (IMD) has said that the maximum temperature in Delhi may reach 46 degree Celsius and a Yellow Alert for Heatwave in Delhi has been issued.

Latest Weather and Heatwave Update: In many states of North India including the national capital Delhi, the period of scorching heat continues and the temperature is increasing continuously. In Delhi, the weather took a turn on Monday evening and people got some relief from the heat due to strong winds, but on Tuesday (26 April) once again the heat worsened the condition of the people. Now the Meteorological Department has issued a yellow alert for the coming days and has told that the maximum temperature can reach 46 degree Celsius.

Delhi is expected to reach 44 degrees on Wednesday (Delhi Heatwave)

Heatwave likely to prevail in Delhi

Partly cloudy sky due to a Western Disturbance over Afghanistan has brought some relief from prolonged heat wave conditions over Northwest India. However, there is a possibility of severe heat wave. An official of the Meteorological Department said that the maximum temperature could reach 46 degrees Celsius in some parts of Delhi.

Apart from Delhi, there is a danger of heat wave in these states as well.

Apart from the heat wave alert in Delhi, there is a possibility of severe heat wave in most of the districts of Haryana, Western Uttar Pradesh, Rajasthan, Chhattisgarh, West Madhya Pradesh and Gujarat. Apart from this, in the coming days in Bihar, Jharkhand, Odisha, West Bengal, people’s problems may increase due to heat wave.