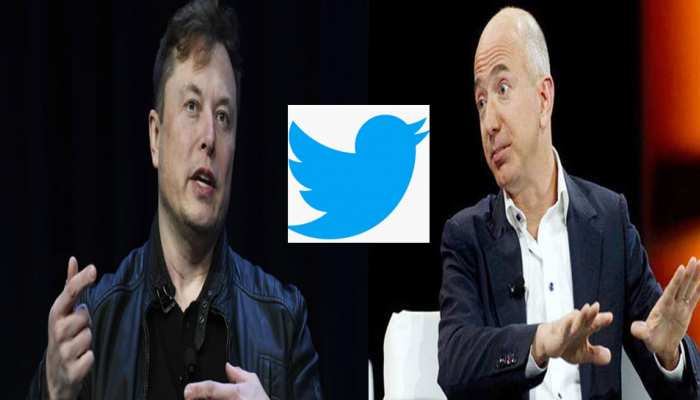 Elon Musk’s Twitter Takeover: Elon Musk will now be the new owner of Twitter. This is the most talked about deal happening in the Internet space, on which the round of people’s reactions is going on. Meanwhile, Amazon Chief Jeff Bezos has discovered a Chinese connection to the Twitter takeover deal.

Jeff Bezos founds Chinese connection over Twitter Takeover deal: Tesla’s chief Elon Musk, one of the richest man in the world, has finally bought Twitter. The company said that this deal has been done for 44 billion US dollars i.e. about 3368 billion rupees. Meanwhile, Amazon owner Jeff Bezos, giving his reaction, has tried to find the Chinese connection behind this deal.

Reacting to this deal, Bezos retweeted the tweet of New York Times reporter Mike Forsyth. In the caption of his post, Bezos wrote, ‘Interesting question! Has the Chinese government made some profit through the town square? Let us tell you that this tweet of Bezos points to the close relationship of Musk’s company with China. In fact, China is the world’s largest electric vehicle market for Musk’s company. Tesla had set up his factory there. Simultaneously, this tweet has pointed to the dependence of the electric vehicle giant on Chinese suppliers for EV batteries.

Interesting question. Did the Chinese government just gain a bit of leverage over the town square? https://t.co/jTiEnabP6T

Earlier in a tweet, Elon Musk said that free speech is the basis of a functioning democracy and Twitter is the digital town square where matters important to the future of humanity are debated.

Will see what happens next: Bezos

However, with the help of this post, Bezos conveyed his doubts, China will have a role to play at both Tesla and Twitter. The world’s number two billionaire said, ‘I probably do not have my own answer to this question. The more likely outcome in this regard is complicity in China for Tesla, not the censorship on Twitter. Now let’s see what happens on this matter in future. Bezos also praised Elon Musk in several tweets one after the other. Bezos further writes that Musk is very good and he will handle the complexity of this matter better.