Elon Musk wanted to buy Twitter even five years ago! This question was asked, know the matter

Elon Musk Wanted to Buy Twitter Five Years Ago: The world’s richest person and the CEO of Tesla has bought Twitter, one of the world’s most popular social media platforms. While there is talk of this takeover, a five-year-old tweet of Elon Musk has surfaced in which he expressed his desire to buy Twitter then. Let’s know everything about this..

Elon Musk wanted to buy Twitter even five years ago

On December 21, 2017, Elon Musk tweeted asking how much he could buy Twitter. Now, five years later, a few weeks before this time, when Elon Musk asked users on Twitter if he should start a new social media company, his users suggested he should buy the platform. .

This question was asked by tweeting

Shortly after Elon Musk bought Twitter, a five-year-old tweet of his is going viral. On December 21, 2017, Elon Musk tweeted that he loved Twitter. A user replied to this tweet and asked why they don’t buy it! Let us tell you that on this, Elon Musk had asked this user how much it would cost. 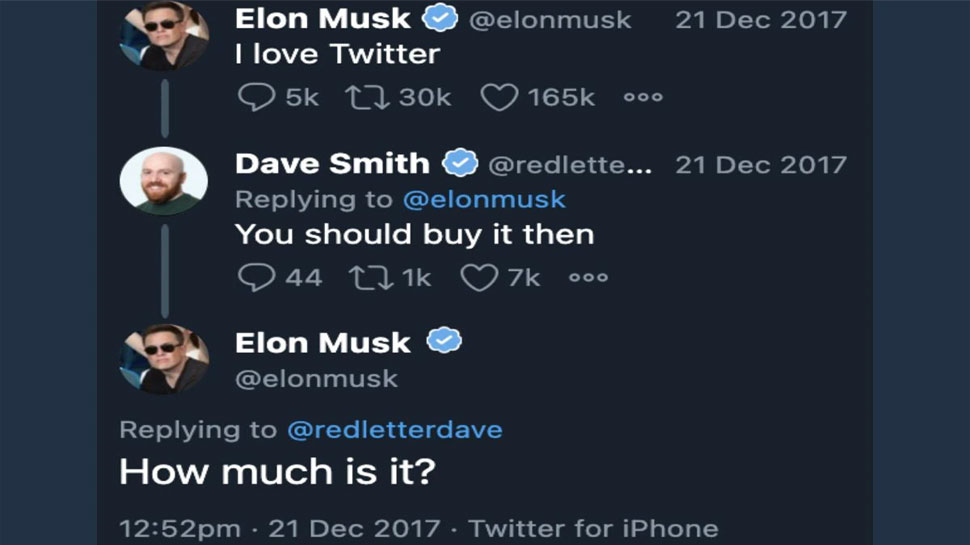 Now Elon Musk is the new owner of Twitter

You probably know, some time ago Elon Musk became the second largest shareholder of the company by buying 9.2 percent stake in Twitter. After this, Twitter offered to make him a member of its board, but put a condition that the board members could not takeover the company. Not accepting this condition, Elon Musk has turned down this offer and now a few days later, bought Twitter for $ 44 billion.