16 year old girl made such a video with boyfriend, both had to go to jail 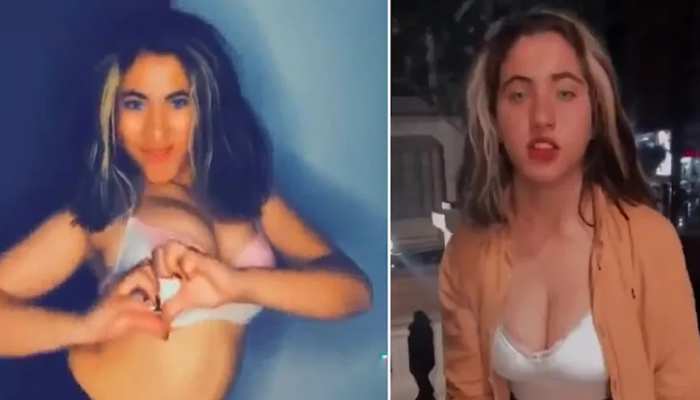 Teen TikToker jailed for Video: Officials say that the 16-year-old TikToker’s dance video was obscene, after which the girl and her boyfriend were arrested.

Teen TikToker jailed for Provocative Video: A 16-year-old girl has been sentenced to one year in prison for making obscene videos with her boyfriend and sharing it on social media. Along with this, the boyfriend who shot the video has also been fined 1 lakh Egyptian pounds i.e. about 4.13 lakh rupees along with 3 years in jail.

Why the girl and her boyfriend got jail sentence

According to Yahoo News Australia, this 16-year-old girl named Nancy Al-Saeed is accused of making objectionable videos. Egyptian officials said Nancy’s dance video was obscene. After this, the Child Appeal Court in Giza sentenced her to jail and fined her photographer boyfriend Moaz M for 3 years in addition to 1 lakh Egyptian pounds.

Nancy Al-Saeed is quite popular on Tiktok and often used to share her videos, but due to a recent video, there was a ruckus. Nancy was then arrested as part of a crackdown on social media and internet content by Egyptian authorities. Nancy’s boyfriend was accused of forcibly forcing Nancy to shoot videos and share video clips to earn money.

These allegations against the girl and her boyfriend

According to Egyptian authorities, Nancy al-Sayed and her boyfriend Moaz M were accused of posting obscene videos. Along with this, he also faced charges like violating the values ​​and principles of the society, violating the sanctity of private life of the community and managing a private website and account on the internet.

video made to be famous

During the hearing in the court, Nancy said, ‘I did this because there are many girls on the internet who share videos and photos and they are all famous too. I know she earns a lot of money. Along with this, Nancy told the court that she had no work and in such a situation she shot this video.