Now 5 year old children will get this vaccine, 2 doses will be given at an interval of 28 days 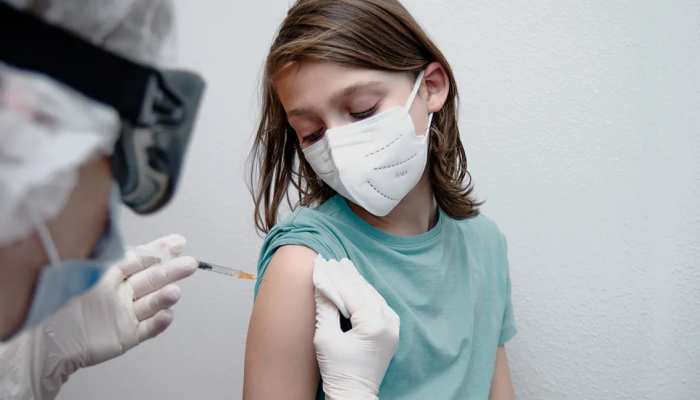 Corbevax Vaccine for Children: 2 doses of Corbevax Vaccine, which is a protein based vaccine, will be administered to children above 5 years of age at an interval of 28 days.

Corona Vaccine for 5 year old in India: Amidst the increasing infection of the corona virus, now even a 5-year-old child in India can be given a vaccine to protect against Kovid-19. In India, a 5-year-old child can be administered the Corbevax Vaccine of Biological E-company. Let us inform that earlier the DCGI (Drugs Controller General of India) had approved Bharat Biotech’s Covaccine for the vaccination of children of 6 to 12 years.

Corbivax vaccine made in India

Corbivax Vaccine has been approved for use in children above the age of 5 years, which will be administered in two doses. Both the doses of Corbivax will be administered at an interval of 28 days. Corbivax vaccine is also made in India and it is a protein based vaccine. The S protein of the corona virus has been used to make this vaccine. As soon as the vaccine is applied, the immune response comes into action and the body starts making antibodies against the corona. Corbivax is considered to be a vaccine with the least side effects, similar to Bharat Biotech’s Covaccine.

Apart from this, DCGI has also allowed Bharat Biotech’s Covaxin to be administered to children aged 6 to 12 years, whose two doses will be administered at an interval of 28 to 40 days. Bharat Biotech had conducted a trial of Covaccine for children above the age of 2 years, which was completed in September 2021 itself. However, at present, Covaccine has only been approved for use in children above 6 years of age. This company is also making Intra Nasal Vaccine, which is expected to hit the market soon. However, at present, trials of the vaccine given as drops from the nose are going on.

This vaccine is given through pharma jet injector

The rest of the vaccine that protects against the corona virus is administered through a syringe, while the help of Pharma Jet Injector will be taken to apply the Zycov-D Vaccine. There will be very little pain for the person getting it done. Zycov-D is a three-dose vaccine. 28 days after its first dose, the second and 56 days after the third dose is applied, but children will be given only two doses for the time being.