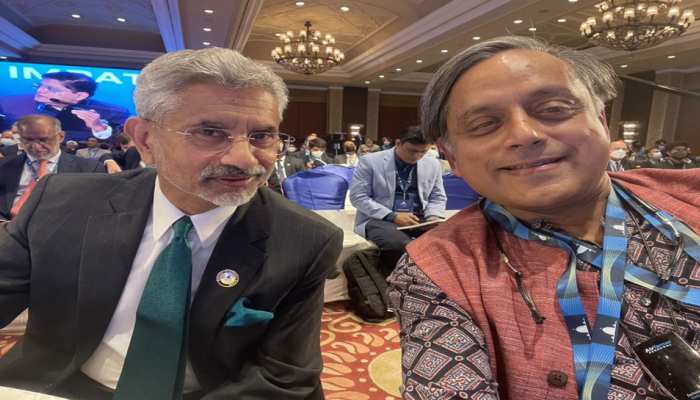 Congress Leader Shashi Tharoor: Shashi Tharoor has posted a selfie with Jaishankar thanking him for giving credit for the word ‘Multi-Alignment’.

In his remarks at the Raisina Dialogue Session, Jaishankar said that since 2014-15, ‘we have a lot more clarity on how we draw the world, we have seen it in a sense in a concentrated realm’. has done. The first is the neighbourhoods, these are the extended neighborhoods in Southeast Asia, the Gulf and Central Asia.’

He further said, ‘There is a very conscious policy of involving all the major powers in the world together. A policy of ‘multi-alignment’ to which Shashi (Shashi Tharoor) claims, we still do not fully agree on what the term should be.’

Thanks@DrSJaishankarfor publicly giving me credit for the term “Multi-alignment” which I floated 15 years ago gwithout many takers)! Stimulating exchange between our EAM &@samirsaranat #RaisinaDialogue2022 on the dimensions of our foreign policy pic.twitter.com/C76LgP2ptq

Taking to Twitter, Tharoor said, ‘Thank you Dr. Jaishankar for publicly giving me credit for the word ‘multi-alignment’, which I said 15 years ago. The Congress MP also posted a selfie taken with Jaishankar at the venue of the Raisina Dialogue.