CISF alert after two attacks on Kirit Somaiya, gave this order to the soldiers 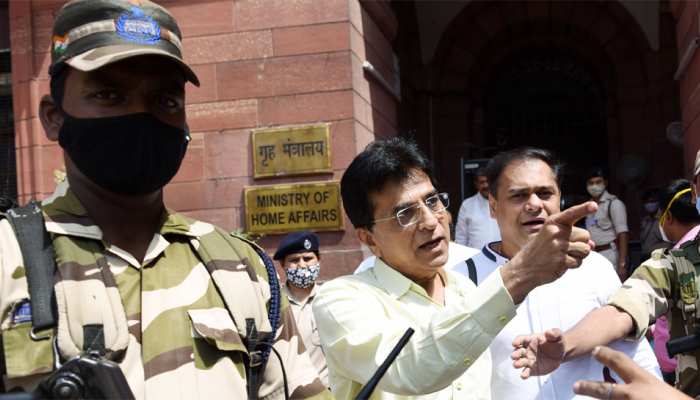 Kirit Somaiya attack case: The politics of Maharashtra has heated up regarding the attack on Bharatiya Janata Party (BJP) leader Kirit Somaiya. There is a war of words between the BJP and the Uddhav government on this issue. Meanwhile, the CISF headquarters has become serious after two attacks on Somaiya. It is a matter of concern for the force to be attacked by people twice on a person with Z Security Cover.

Commander’s conversation with the commissioner

They have been accused of rioting as they threw stones at Somaiya’s car, he said. The official said that Somaiya had gone to meet Independent Lok Sabha member Navneet Rana and her MLA husband Ravi Rana on Saturday.

Rana had given a call to recite Hanuman Chalisa outside Matoshree, the private residence of Chief Minister Uddhav Thackeray, and the BJP leader’s car was attacked on his way to meet him. Later the Rana couple withdrew their declaration and they were arrested by the police on the same day.

A delegation of BJP’s Maharashtra unit met Union Minister of State for Home Nityanand Rai in Delhi on Monday and requested him to constitute a Special Investigation Team (SIT) to probe the attack on Somaiya and review his security arrangements.