ATM was attacked by JCB, the machine was blown away in minutes like this; View CCTV footage 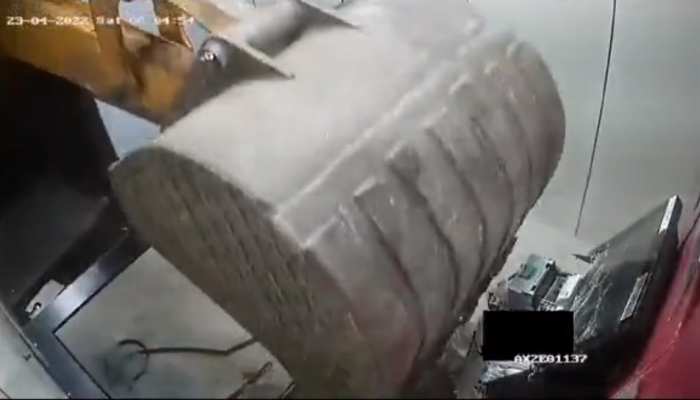 ATM Attack By JCB Machine Video: Thousands of videos are viral on social media every day, but among them the video of ATM machine theft is going viral, after seeing which you will be surprised.

ATM Loot Viral Video: We always watch some such videos on the Internet, which entertains us. Every video on social media tells a different story. One such video is currently going viral on social media, which is of a JCB. You must have seen many videos of JCB on social platforms, but this video is something different which is going to surprise everyone.

You may have often seen JCBs helping with construction, excavation or construction support, but have you ever seen a JCB being stolen? Yes, you were not surprised. With the help of JCB, a thief thought of attacking the ATM. The video of the incident was captured in the CCTV installed in the ATM, which clearly shows how the JCB tries to sneak in and take the ATM machine.

While in other states JCB bulldozers are used to remove illegal enroachments of rioters.

In Maharashtra’s Sangli, JCB bulldozer was used to loot a ATM machine in

Such is the fearlessness of goons. pic.twitter.com/XSmBbv7Qnr