New Delhi: When Delhi Capitals (DC) all-rounder Lalit Yadav comes up with a candid explanation about his role in the team to ETV India during an interview, he demonstrates clear leadership and a man who has the back of his star captain. Rishabh Pant and legendary coach Ricky Ponting have been found.

“I want to bat deep, and then hit freely,” says the fast-rising star at the draw.

In a team with established names like Rishabh Pant, Axar Patel, David Warner, the 25-year-old Yadav scored 48 off 38 balls in the first match against Mumbai Indians and scored a useful 25. Against Gujarat Titans in the next match. 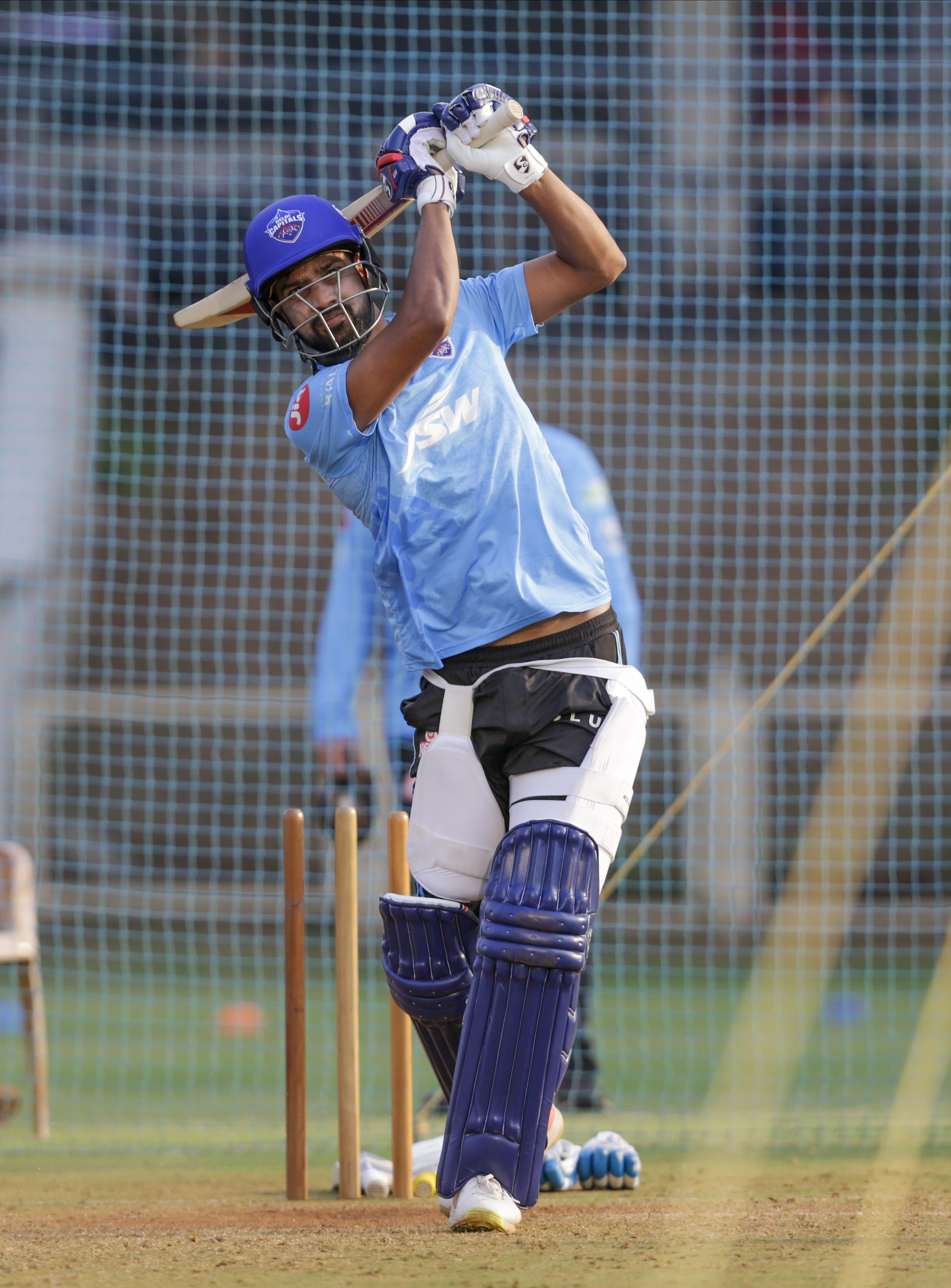 Lalit Yadav shows off his wide shots during a practice session at the Delhi Capitals camp.

With five wickets, he is not only a vital part of the team but also provides an extremely important balance to DC. Like every kid, he too wants to represent the country but is currently concentrating on work – “to give hundred percent to the team”.

During an interaction with this website, Yadav spoke about his conversation with skipper Rishabh Pant and the powerful batting line-up for him.

> What is it like to be in the same group with established stars like the legendary Ricky Ponting and Rishabh Pant? What did you learn from them?

A. Rishabh always gives me freedom and allows everyone to execute whatever is on their mind. Sometimes, he is tough too, but most of the time he is calm and calm on the field. Talking about Ricky as head coach, I think he mostly talks about mental toughness on the field. He himself is the legend of the game and when he says things like, ‘Oh, what a player! You can play anywhere in the world to me, it means a lot. It inspires me a lot. We have discussed technical things and dominating the game. They have helped me understand better what shots are sometimes needed. This has helped me increase my range of shots at cover and in the mid-field. I feel really lucky to be a part of DC for the third year in a row. I am grateful that I have been able to learn from someone like Ricky Sir and I am enjoying it immensely.

> Tell us about your role in the team? How are you planning to go about your shift?

I consider myself a batting all-rounder. I am working to establish myself as a full-time all-rounder, but as of now, I feel that I am a batting all-rounder. When it comes to bowling I am learning new skills so that I can fit in all the attributes required of an all-rounder. I usually come to bat in the 5th or 6th position, mostly during the 15-16th over which is a very crucial time of the innings. I try to get it as deep as I can because in the last few overs you can hit freely. I always think it is important to keep wickets in hand around the 15-16th over and take the game towards the last ball of the innings. It really helps me in my game. I believe the chances of winning are high, especially when you are chasing.

> Being an all-rounder yourself, what do you learn from Shardul Thakur and Axar Patel?

A. In modern day cricket, especially in T20, all-rounders are very influential. It gives me an opportunity to learn from all-rounders who play international T20s. Thanks to DC, I have become very close to Akshar Bhai and the time spent with him off the field has helped me learn a lot. Like our first match this year, when we both managed to chase down MI’s target. 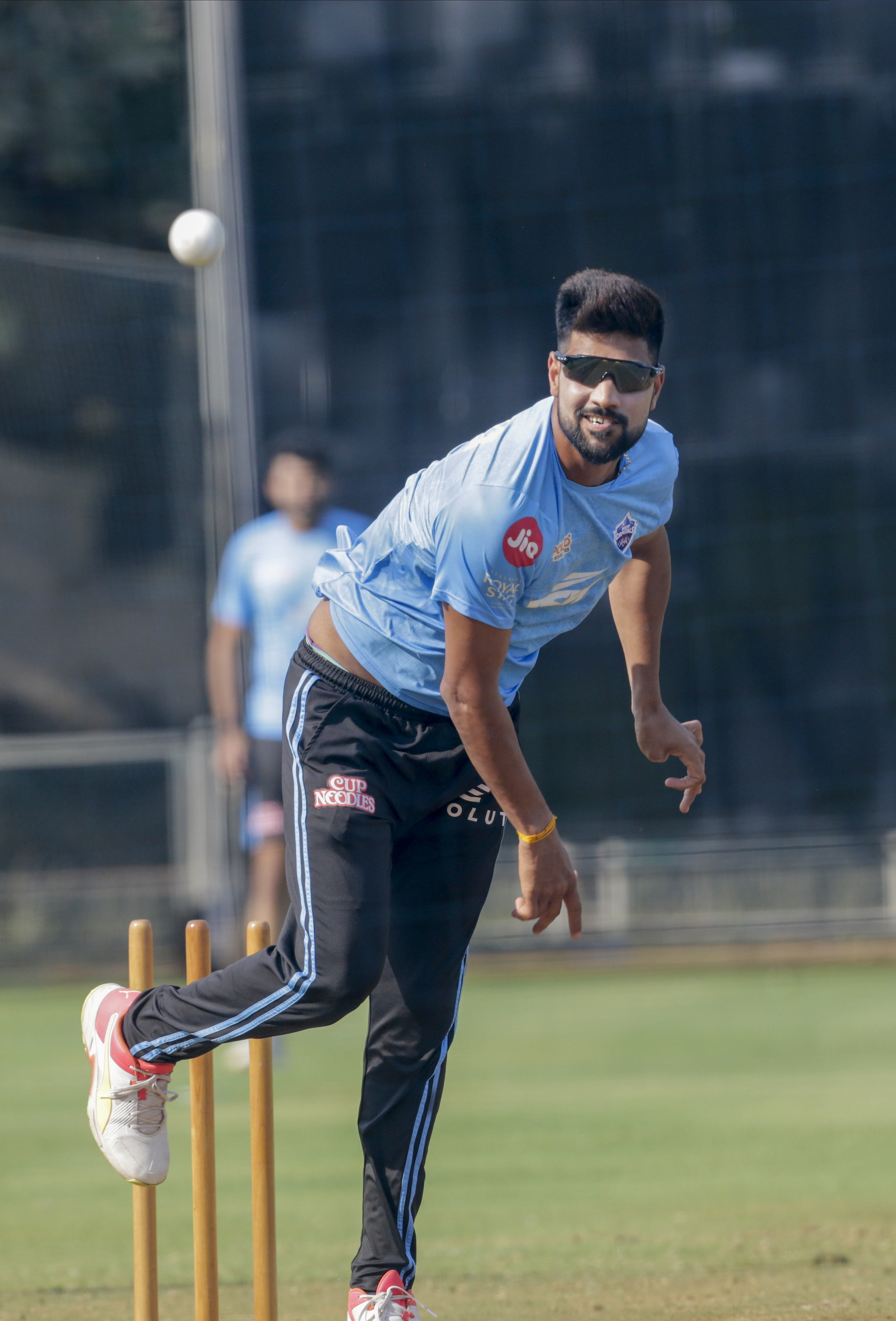 Lalit Yadav bowls during a practice session at the Delhi Capitals camp.

> What do you think about aggressive batting in IPL? How are you planning to go about it? How much do you practice playing big shots in the nets?

A. Since the early days of cricket, my approach has been to play aggressive cricket. I think I am built to hit long sixes and it suits my game as well. Along with that, I have worked tactfully on my batting technique because at this stage no one is going to give you the ball in favorable areas and will not allow you to hit sixes so easily. You have to choose the right delivery at the right time. Power hitting is all about timing. We discuss with Watto how he was consistent while hitting those big sixes. It’s more than knowing myself better and giving myself enough time on the wicket.

> Tell us about your bowling preparations. Do you think all-rounders have changed the look of the game, especially in white-ball cricket?

A. Yes, it is a plus point for any team if they have a sixth bowler in their team. It helps in bringing balance in the team. Sometimes the main bowler has a day off, so an extra bowler can give you one or two good overs. It gives an added comfort level to the captain.

> About your dream of playing for India…

A. It is the dream of any child playing cricket to represent India one day and mine is no different. I am taking one step at a time. I have come into this IPL season also after a good Ranji season and for now my focus is on giving my best for DC. The franchise has shown a lot of faith in me after bringing me back to auction, and I want to give my 100 percent here at this point.