The girl said to her sister, what is the need of a boyfriend, let me have fun in the bathroom and…

Navsari : A young woman living with her sister and separated from her husband in a village of Jalalpur had a bitter experience of her own brotherhood. The video of the girl not taking a bath was pulled by her own sister. The video was then sent to her boyfriend. After which the lover also made it viral to his friends. The video spread like wildfire throughout the village and beyond. Due to which the girl was defamed.

The girl had lodged a complaint with the police after which her sister and her lover were arrested by the police. According to the complaint lodged by a girl from Jalalpur, she is separated from her husband for some time. Lives with his sister One day, being in a hurry for work, both of them decided to take a bath together. Meanwhile, his own sister had made a video of both of them taking a bath together. The girl was taking a bath so she was taking a bath. After this the sister sent the video to her own boyfriend Mittal Tandel. The lover also made the video viral. 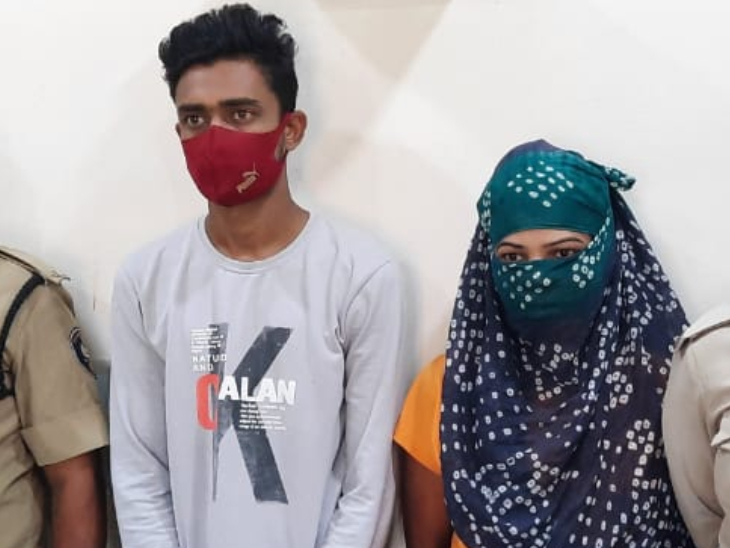 (accused girl and her boyfriend)

After which the girl has lodged a police complaint against her sister and boyfriend. Taking immediate action, the police arrested a young man and a girl. The whole incident happened a year ago. Although this video went viral on social media in the village 3 months ago. The girl was married in 2015. Although Khatrag was living in Pierre with her husband for 4 years. However, 1 year ago this video of his sister was shared by his sister. Although some people are also claiming that the girl was lesbian and because of this she got separated from her husband and left her husband and started living with sister. At present, the police has registered a case and is investigating the whole matter.