Dresses smaller than the shoes of the actress, see pictures

Mumbai: TV actress Nia Sharma is often in the news due to her bold style. Fans are crazy about her hot look and sexy style. With this, the glamorous look of the actress becomes viral in a few minutes. Even now some of his pictures are going viral on social media. In the photo, the eyes of the fans are more on his fashion sense.

Not only this, she is also known as the most bold and glamorous actress of the TV world. Now the photo which is going viral is sitting in one place. 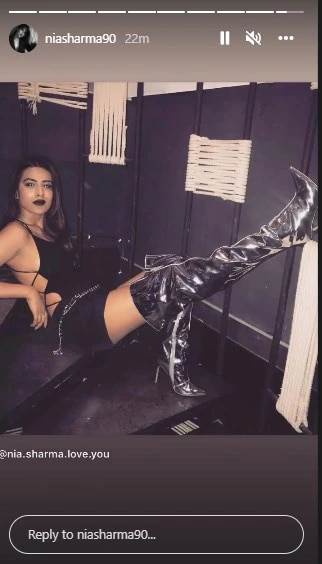 Nia is wearing a black color dress. In the photo, his clothes are smaller than Nia’s shoes. Nia’s style sense is so elegant and trendy that you cannot take your eyes off her pictures.