Express Train Derails: Express train collided with each other, accident between Dadar-Matunga

Express Trains Collide: While changing near the same track between Dadar and Matunga in Maharashtra, these 2 trains collided from the front. The two colliding trains Gadag Express and Puducherry Express have come face to face. 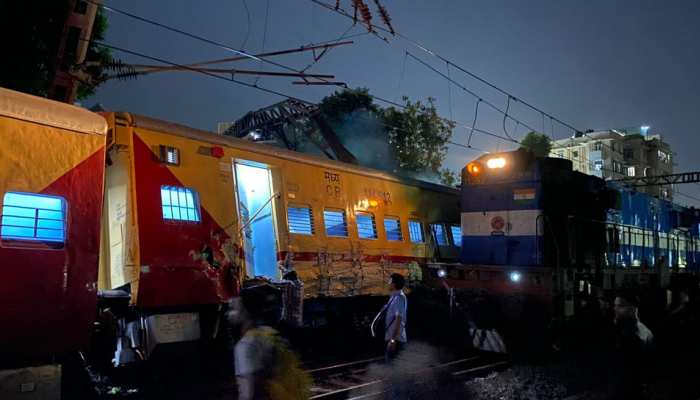 Trains Collide (Ashwin Pandey): Gadag Express and Puducherry Express trains came face to face. While changing near the same track between Dadar and Matunga, these two trains collided from the front. Due to the collision of the coaches of the trains, the overhead wire broke and due to which the sound of a loud bang was also heard.

Trains were in low speed

Although the speed of both the trains was very low. So till now there is no information about any damage. According to preliminary information, while changing the track, the coaches of two express trains collided with each other, due to which the coaches derailed.